This supernerdy Nintendo Wii casemod has been inspired by the game – Legend of Zelda and is on auction at ebay. More from the ebay auction of this console casemod:


The Wii console itself is airbrushed in an 18 step process and finished with a special “hammered” black texture to really set off the medieval theme (something like a stone wall in castle). The stand was color-matched to be the same gold as Zelda game cartridges of the Nintendo 64. It was then airbrushed with the same 18 step process. The console buttons and Gamecube port faceplate were also painted in this same brilliant gold. The final product is a durable and uniform finish that looks like it came from the factory.The Master Sword is removable and slides out from behind the shield! The sword and shield are part of a special edition Zelda soundtrack released with the game and produced by Master Replicas. Only 7000 were made, currently sold out and never be sold again.The original blue LEDs that light the game disk entry were replaced with white LEDs. The shield and sword are backlit by an array of 4 white LEDs that cast a gorgeous symmetrical pattern of light against the side of the Wii. The stand also features a white LED backlit Triforce! (a small disconnect on the bottom supplies the power from the Wii to the stand itself.) 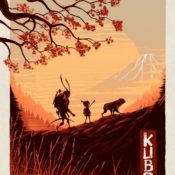