JazJaz brings you the most interesting posts of August 2007.

Cardboard Boombox for Ipod
Suck UK wants to sell you this cardboard boombox for your Ipods and MP3 players.

Jihad The Musical at the Edinburgh Fringe Festival
Featuring a song from the musical – I wanna be like Osama.

Kottke on Polymorphic Spam
Jason Kottke writes on the challenges brought about by polymorphic spam. There is also a link to his hilarious ‘penile enlargement’ spam gallery.

First Ever Cell Phone Commercial
Watch the first ever cell phone commercial on television. The Ad was for Centel Corporation’s sleekest and most sophisticated flagship gadget in 1989.

Fan-Created Batman Animation Short
This post was an entry on the Binary Moon contest. JazJaz won the top prize.

R2D2 Home Theater Projection System
This home theater’s design is based upon the ever-popular R2D2 of Star Wars fame. The head houses a DLP projector which can project images and video from its “radar eye” onto screens.

Creative Wedding Proposal With An Art Installation
George created a faux art installation at the 40000 art gallery, to propose to his girlfriend Sara.

JazJaz is The Winner
Jazjaz was the top prize winner in the Binary Moon contest.

Lamponi Vespa Azzura Lamp
Maurizio Lamponi Leopardi is an Italian designer who creates some stunningly beautiful lamps based on Italian style icons like Lambretta and Piaggio.

Stupidly Named Mp3 Players From TrekStor
TrekStor, a German company, releases two awfully named Mp3 Players. They don’t stand a chance in hell of ever selling these products in America. 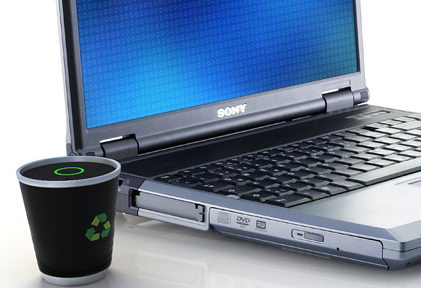 Ten Recording Bloopers That Made It To The Album
Des McKinney of Hometracked, has compiled an interesting list of recording bloopers which made it into the final cut of music albums.

Bike Dispensing Machine From Amsterdam
Bikedispenser.com is an Amsterdam firm which rents out cycles by the way of an automated machine to dispense them.

Planet Terror Fake Trailer Contest
Robert Rodriguez’s ‘Planet Terror’ site in Holland held a fake trailer contest recently, where the submissions had to be similar in style and tone to the faux trailers in Grindhouse. Watch all the videos.