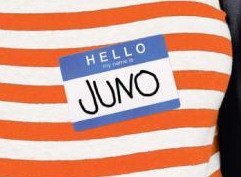 Watch the official movie trailer of Juno, which has critics gushing over it and calling it a “funny yet heartwarming, poignant yet lighthearted trailer.” The upcoming movie is a black comedy and has elements which could make it the next indie film festival favorite. The gist of the movie is about Juno MacGuff (Ellen Page), a teenager who gets pregnant and her decision to put the child up for adoption.

Thank You for Smoking (loved that movie) director Jason Reitman does the directing honors. The movie will be released on December 14th, 2007.

We probably have a good idea as to how the movie ends. I just hope that we get a different take, this time around. Surprise me Hollywood, for once.