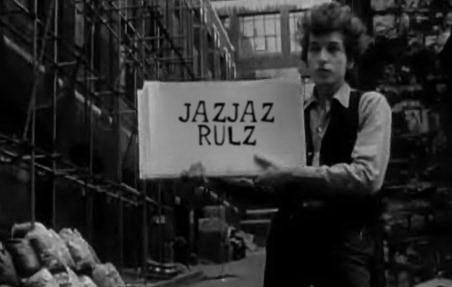 The Bob Dylan Message Generator, allows you to create your own Bob Dylan message film. It lets you set your own messages on the cue cards held by Bob Dylan in the ‘Dont Look Back‘ documentary. The documentary was shot by D. A. Pennebaker during Bob Dylan’s tour of England in 1965.
The generator allows you to save the video and then email the video link to your friends. The site was created by his record company to promote the upcoming Dylan : His Greatest Songs album, due to hit the stands on October 1.

The original video for some inspiration: