A lawyer has called for people from California to join a class action suit against Apple. He wants consumers to band together to punish Apple, for releasing a crippling software update which left hacked iphones completely useless .  Well almost useless, as you can still use it as an mp3 player ( if you manage to downgrade the software, that is).

There was a lot of talk by disgruntled iPhone owners (in Apple’s own forums) of initiating a class action suit against Apple. So, it was only a matter of time before a Tort lawyer latched on to the idea.

At a time when Microsoft is making all the right moves by providing 1.2 million First-Gen Zune players all the bells and whistles of the latest Zune (courtesy of a firmware update), Apple’s latest blundering moves are a retrograde exercise in stupidity.

Link to the call for a class action suit. 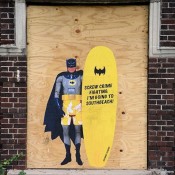