The ominous sounding There Will Be Blood movie, marks the return of the brilliant Daniel Day Lewis after a long, self-imposed hiatus.

The official teasers for the movie have already generated a lot of buzz about the “Oscar-worthiness” of the upcoming film and its main actor. There is also something else to this movie. The soundtrack of the film has been composed by Radiohead‘s Jonny Greenwood. The movie is expected to be released in the month of December 2007.

I have a confession to make. I am shit-scared of Daniel Day Lewis. Scared of his acting prowess and his ruthless ability to live the role. There will be blood, oh yeah, I am completely and absolutely sure about that. 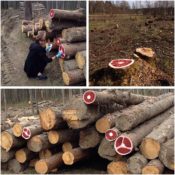 Creating The Sound Of The Millennium Falcon’s Hyperdrive Failure
Tags: Daniel Day Lewis, Jonny Greenwood, radiohead, There Will Be Blood