Twit Twit is a short animation film about Charly, a poor but cheerful, robot Banjo player, and Radin, a no-good, greedy robot toll-keeper in the middle of the desert. The battle of wits between these tin-men will keep you entertained till the end of the film. 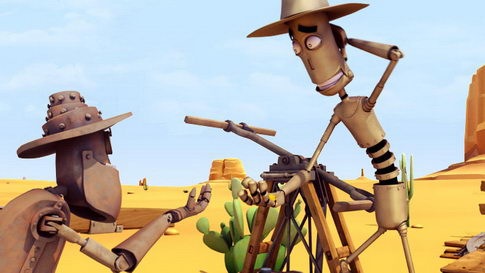 The film was directed by 5 students of the ESRA Brittany, a film school in France.

Visit the official Twit Twit site to see some great pictures, and even download the final story board of the film.