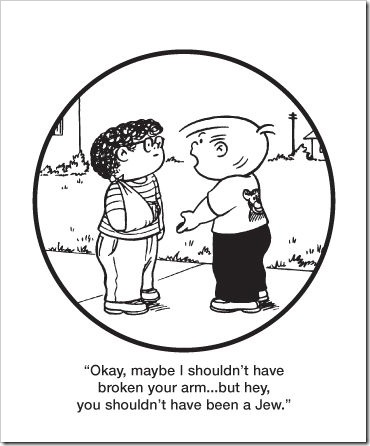 The parody strip features Keane’s original artwork with modified captions, with the main characters saying things which can never be printed in most, respectable newspapers. No subject is too taboo for this shockingly funny strip, and some of the the stuff (as hilarious as it was) made me cringe a bit.

The comic is not recommended for kids and for people who love the original comic strip. Link.