Superman, despite being one of the most powerful beings in the DC comic book universe, has for the most part, used his superpowers for the defense of mankind against innumerable foes and dangers. 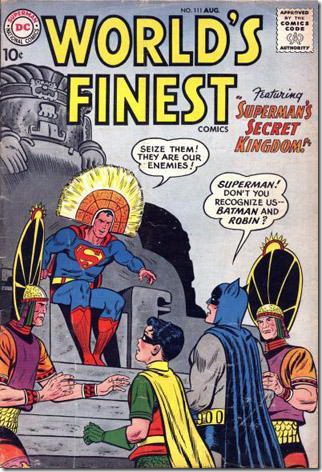 But there were quite a few instances, when the man of steel forcefully crowned himself the ruler of many different worlds. The reasons for his actions ranged from temporary amnesia to evil split personalities created by exposure to red kryptonite.

The Comic Coverage blog has catalogued the comic book covers of such issues  in which Superman reigned over earth and its denizens.