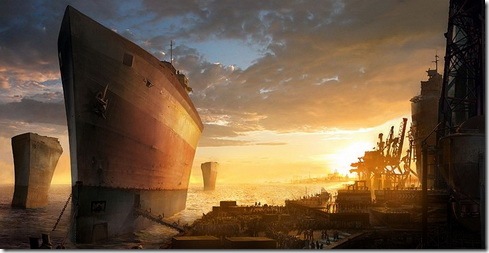 Synopsis of the story:

An unknown virus has destroyed almost the entire human population. Oblivious to the true nature of the disease, the only remaining survivors escape to the sea. In great ships, they set off in search of uninhabited land. So begins the exodus, led by one man…

The moody and atmospheric film is extremely well-animated, and has a great soundtrack composed by musicians Adam Skorupa and Pawel Blaszczak.

ARK from grzegorz jonkajtys on Vimeo.

If you have the bandwidth, I highly recommend watching the film in HD here. You can download the HD version of the film here.