This particularly racist Dennis the Menace cartoon strip was published  in the U.S. in 1970. 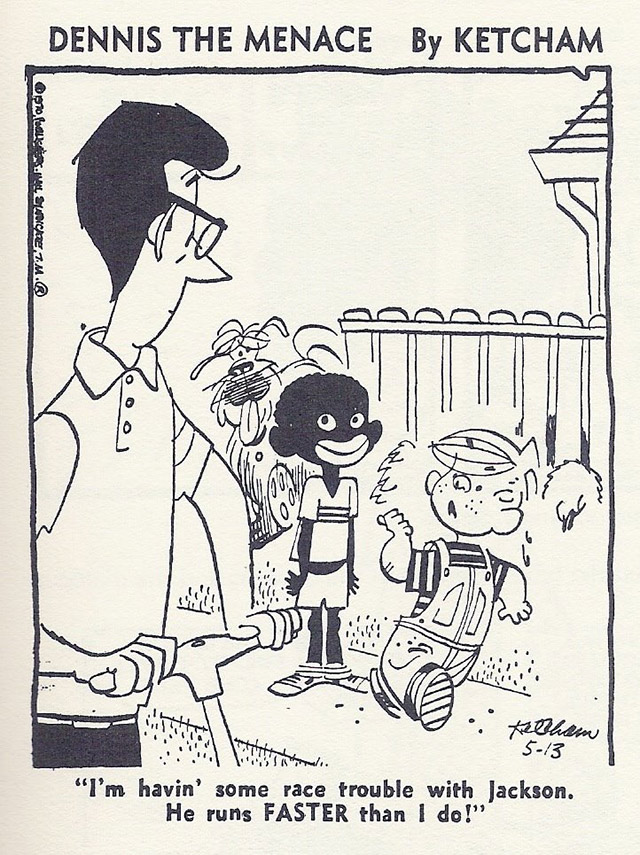 The outraged reactions to the cartoon made at least one newspaper, The Cleveland Press, to actually print an apology instead of the next installment of the strip on the following day.

The rare cartoon has been featured in Backstage at the Strips, a book by cartoonist  Mort Walker (of Beetle Bailey fame).