Calling all animators and cartoonists who want to make a statement about the 2008 US elections.

MyToons.com, the world’s first online animation community to deliver HD animation,  has announced the launch of the “Red, White, and Who?” contest on their site.

Members can enter the contest by uploading their political artworks/animations to the site and tagging them as as “Funny Political Cartoons.” The winning submissions will be featured in The Animation Snack blog, and will also stream from the Funny Political Cartoons Channel on the MyToons.com homepage from October 10th through November 4th.

And, that’s not all.  The judges will elect the top 10 entries on election day, and these will be featured in a Top 10 Funny Political Cartoons blog and channel that will stream till December 31st.

It doesn’t matter if you are an Obama maniac or a McCain fanatic, or are just plain disgusted by the entire electoral circus. Make your voice heard through your entries. 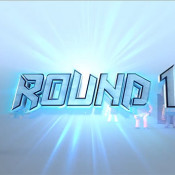