A great way to introduce your kids to the cult film series. The Tweedlebop blog has released a cute alphabet set of illustrations based on lesser-known characters from the Star Wars franchise. 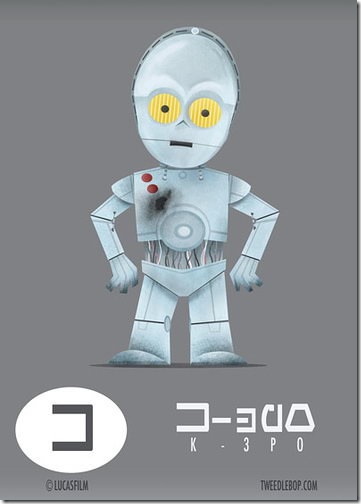 Featured above, K for K-3PO.

It’s Kay-Threepio, the stuffy protocol droid who was the Rebel coordinator at Yavin and Hoth. I’m sure C-3PO and he had choice words from time to time.

Link to the gallery on Tweedlebop.

If you are really impatient and don’t want to go through the gallery one picture at a time, the entire set is also on Flickr.