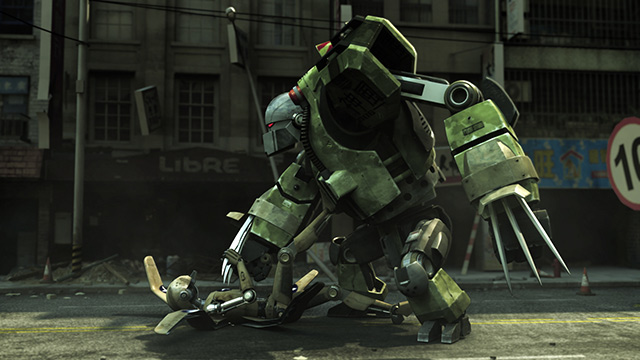 World War,  a short animated film by Vincent Chai,  was the winner of the ‘Best Animation Award’ at the 21st Malaysian Film Festival, and one of the runners-up in the ‘Global HD Animation Contest’ on Mytoons.

Amazingly, Vincent created this film for his final degree project at the University Of Hertfordshire.

Set in 2045 A.D.,   the film has a strong anti-war message, symbolically expressed by two robots viciously battling each other on the streets of Hiroshima. Though the message is quite serious, there is plenty of action and humor to make it an interesting film.