The storywriters of the early Wonder Woman comics not only made the Amazon princess battle Nazis and other nefarious villains, but also had her tussle valiantly with large, uh, phallic-shaped objects. 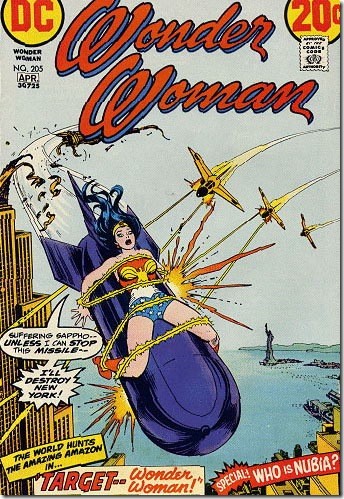 Blogzarro has a small compilation of comic book covers depicting the Amazon princess in such perilous situations.