‘Grin’ is a vinyl figure designed by Ron English, considered by many as the father of the agit-pop art movement. 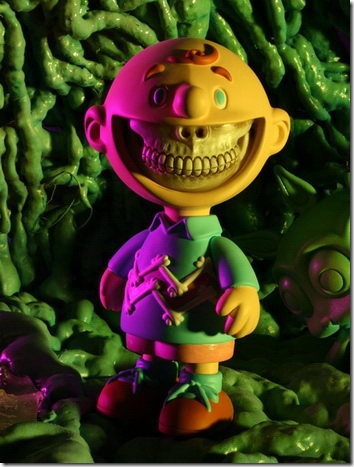 English’s works typically parody various pop culture icons, and this vinyl figure is no exception. This figure is obviously modeled on Charlie Brown of Peanuts fame.

Grin will be officially released worldwide on January 13th by Garageworks  Industries.