Some New Kind of Slaughter, a graphic novel mini-series by David Lewis and Marvin Perry Mann, has been receiving rave reviews from critics and readers alike. 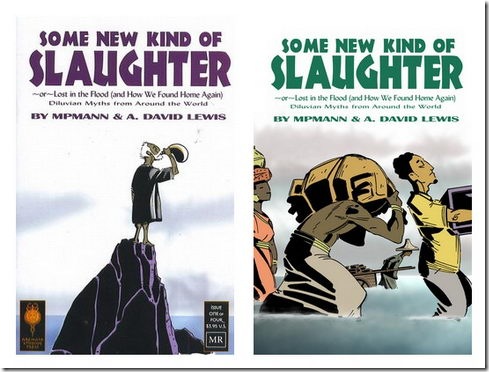 The series, described as an eco-epic by its creators, masterfully blends ancient tales from Sumerian myth, Biblical legends, and the very real ecological dangers facing us right now.

The first two issues are now being offered for free viewing by David Lewis, as he wants to drum up support for a “Best New Series” or “Best Limited Series” nomination for the 2009 Harvey Awards.

You can get the free comics here.