Not just content with having Wonder Woman struggle with large phallic shaped objects, retro comic book artists also had her go head on head with evil doppelgangers and robotic doubles of herself. 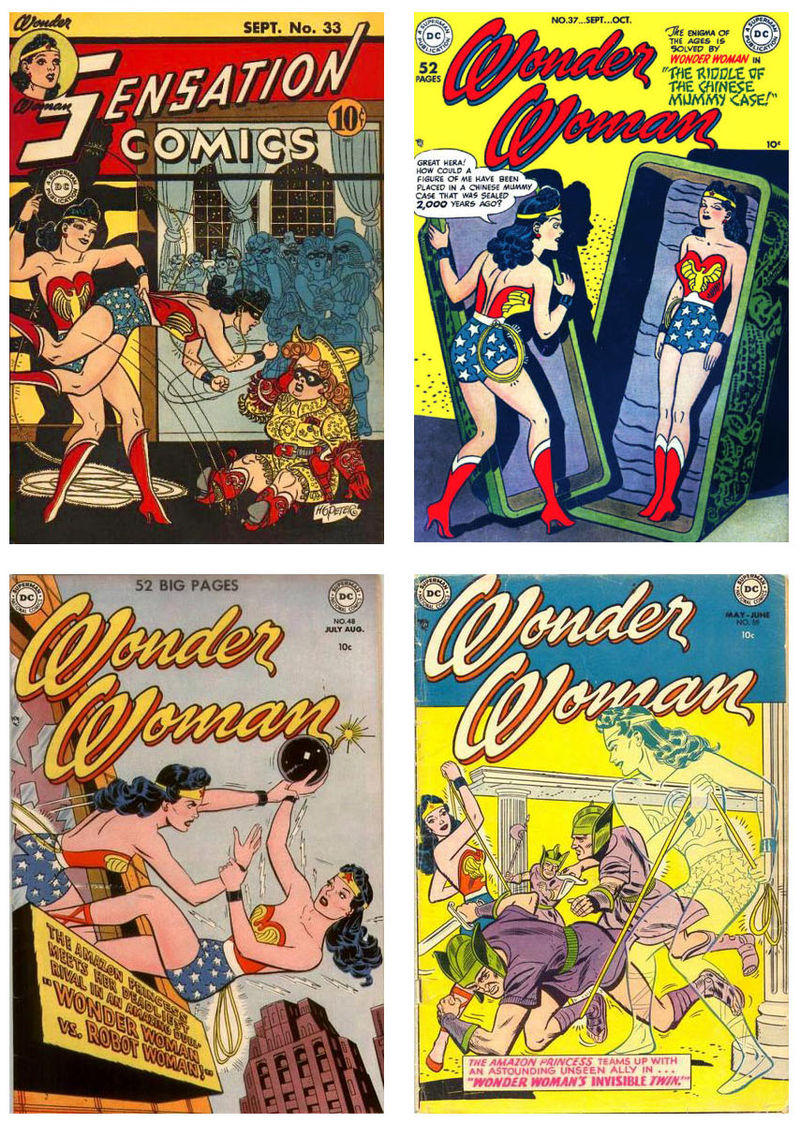 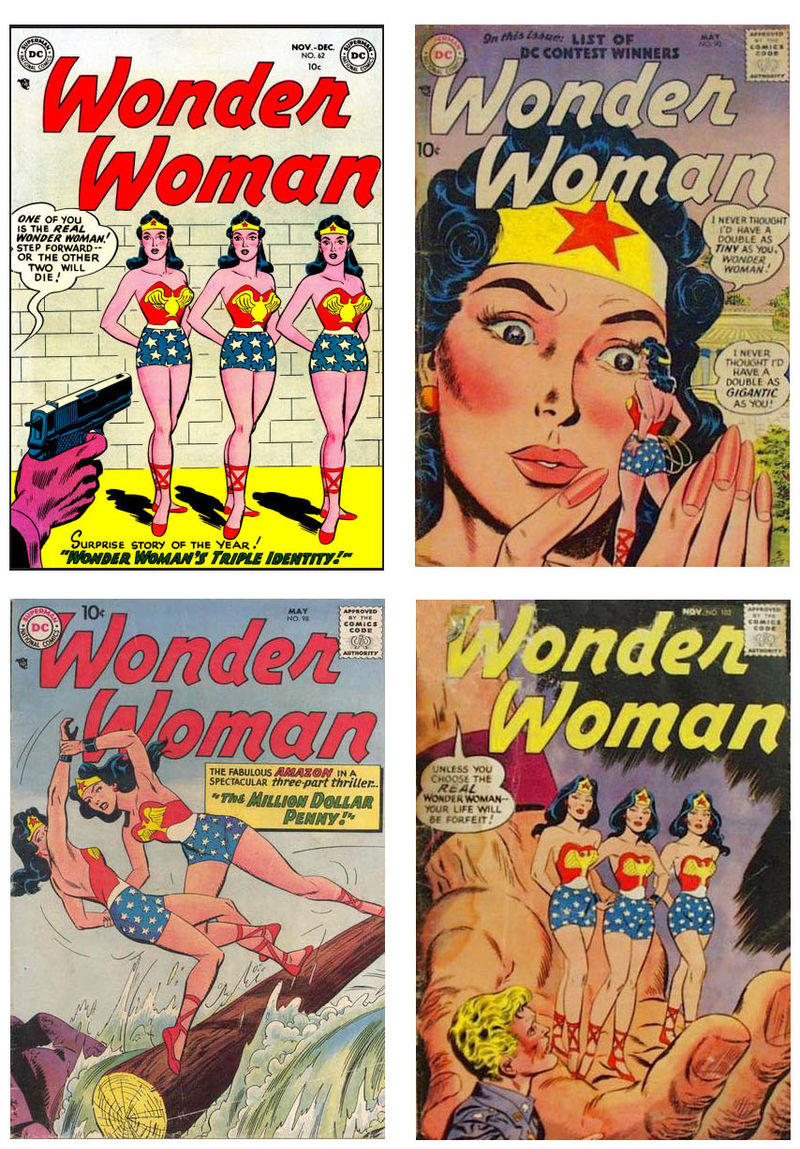 The Comic Coverage blog has a gallery of such comics book covers published during the 1950’s and early 1960’s.