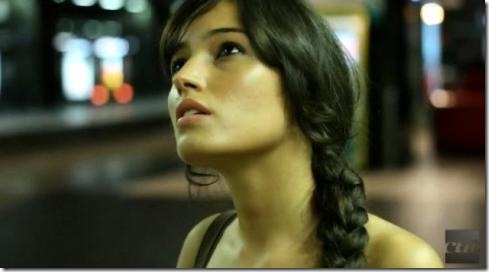 The story is of a girl (the stunningly-beautiful Debora Antonaci) who misses her train to Milan, and is forced to spend the night in picturesque Rome. She meets a young man, in one of those random encounters that we all dream of having, and spends the night wandering around Rome with him. By daybreak, it’s clear that the couple is in love. But is it meant to be?

You will have to watch the film to find out.

Lovingly shot, and with a wonderful soundtrack by Rocco Centrella, Notte Sento is an exquisite mini-masterpiece of the stop-motion genre.