Beasts of Burden is an upcoming comic book title from Evan Dorkin and Jill Thompson. Dark House comics, the publishers, have released three stories as free teasers to promote the comic: Stray, The Unfamiliar and Let Sleeping Dogs Lie. 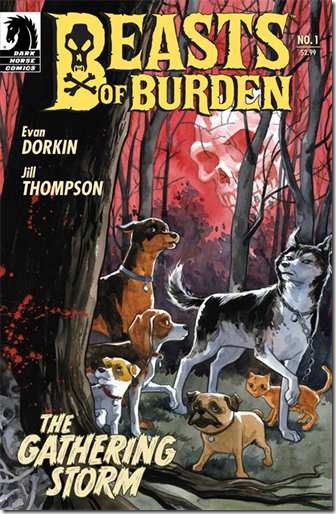 The heroes of this comic are unlike any others. They are a motley bunch of dogs and one (lovable) homeless cat. They don’t have any superpowers, just a lot of gumption and bravery. Oh, and they battle supernatural foes and the forces of evil.

There is action, horror, moments of tenderness and loads of humor. I can’t recommend this highly enough. Go read them, here.