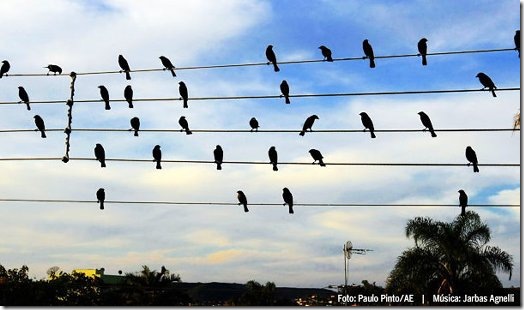 Inspiration can come from the most unlikeliest of places. For Jarbas Agnelli, the creator of this unique piece, it came after seeing a picture of birds on electric wires, in a copy of his local newspaper.

Agnelli snipped the picture out of the newspaper, and set about creating a song by juxtaposing musical notes in the locations occupied by the birds on the lines.

He later sent the finished song to Paulo Pinto, the original photographer of the picture, who, in turn, informed the editor of the newspaper. The story came full circle, when Agnelli’s creative effort was featured in an interview in the  same newspaper.

Watch a short video that showcases the score “composed by the birds.”