The Cat Piano is an multi-award winning short film from The People’s Republic of Animation. The film is adapted from a poem written by Eddie White, who co-directed the film along with Ari Gibson. 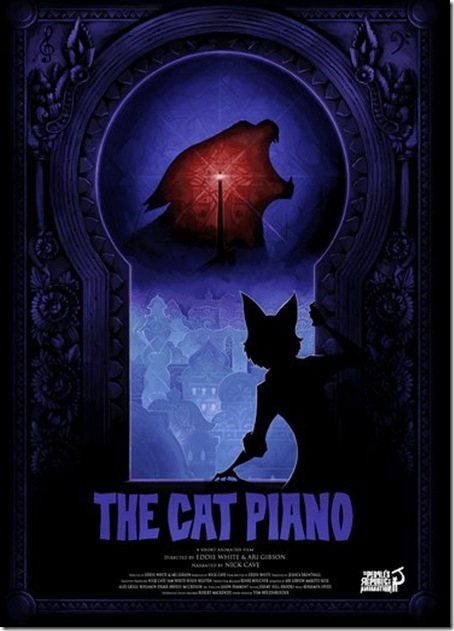 Told in the style of a noir drama, the animated short is about music, love and mystery in a city of singing cats. Along with the solid old-school animation style, musician and actor Nick Cave’s captivating and expressive narration, carries the film to an altogether higher level.