During a troubled and lonely phase in my life, Conan was like a dear friend who would cheer me up at the end of a long and tiring day. I would religiously stay up at night, just to watch the Late Show. He was just the sort of guy with whom you could imagine chilling out and having a few beers with. 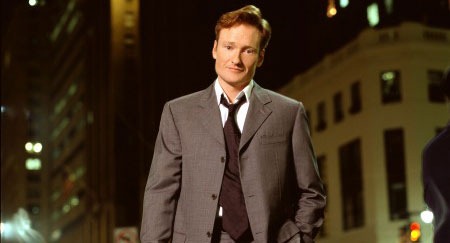 His style of  humor was more of the quirky, self-deprecating kind – the joke was always on him. Or so, he cleverly made it seem. The crazy string dance,  the madcap antics, or even that wild shock of hair. He did not hold back anything.

He made us laugh.

Unless you have been living under a rock, most of you will know about the whole NBC-Conan-Leno fiasco. Last night was Conan’s last show as the Tonight Show host. He showed us all how to say goodbye, folks.

With class and dignity.

Will wait for you to be back on air, buddy.