New York artist and photographer, John D’Agostino, photographs the salvaged favrile glass of Louis Comfort Tiffany, who is now acknowledged by many to be the grandfather of Abstract Expressionism. 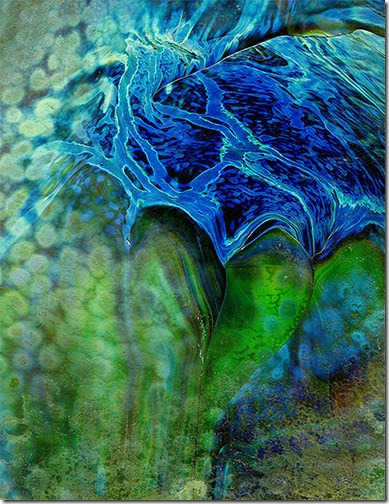 There is an interesting story about how D’Agostino’s  family came to have a long love affair with the priceless Tiffany glass. By 1933, Tiffany’s Art Noveau works were no longer considered to be in fashion, and soon workmen were directed to clear the Tiffany Studio warehouses of tons of the unwanted favrile glass. The workmen proceeded to unceremoniously smash and then dump them into the East river. John D’Agostino’s grandfather, Vito D’Agostino, who happened to be an avid Tiffany enthusiast, managed to rescue, among other things,  a dozen boxes filled with broken shards of the priceless glass.

The glass spent over 75 years in the basements of the family’s residences, biding their time, no doubt, before being discovered by John D’Agostino. 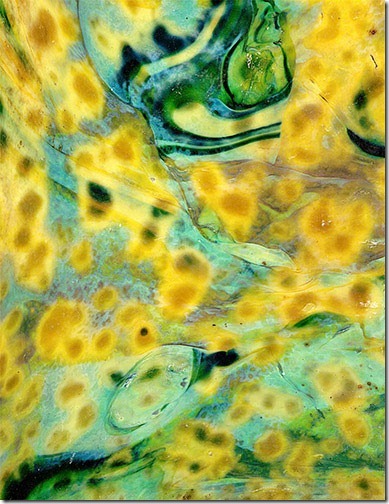 D’Agostino reconstructs the fragmented pieces of glass into large-scaled photographs of terrific beauty and majesty. The glass stops being inorganic in nature – and the colors imprisoned within – luminesce through the foil leaf and detritus on the surface of the glass.

Whoever knew that glass could be so glorious? Each viewing mesmerizes us with tantalizing glimpses of  the strangest worlds -  open to the widest of interpretations. Is it a stellar lagoon of nebulae, or the ethereally-translucent wings of a fairy. Or perhaps, we are gazing upon the realm of Hades himself. But these are mysteries that we are quite willing to let remain unsolved. 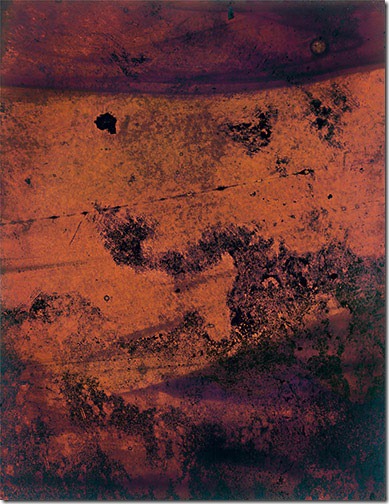 D’Agostino describes his working aesthetic as an imperative of The Abstract Sublime: the existential search for supernatural content disguised in the remnants of natural phenomena. Coined in 1961 by historian Robert Rosenblum, The Abstract Sublime describes the origins of Abstract Expressionism as a continuation of the sacred realms of the Romantic landscape painting of the 19th Century, from Caspar David Friedrich and Frederick Edwin Church to Jackson Pollock and Mark Rothko. 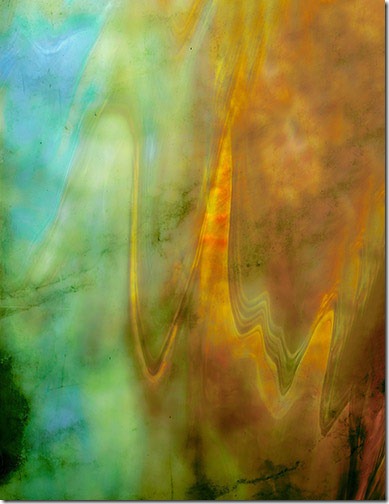 The artist has a deep sense of respect for the art of the past, and the way it influences the present, and the future. In his paper and lecture series “The Strength To Dream: How Remnants of the Past Illustrate A Legacy of The Representation of Vision”  (link to PDF file with large photographs), he examines how “history informs the present imagination.”  He also deplores the fact that, “While collectors like Vito D’Agostino rescued masterworks from the trash in the Great Depression, today artists like Damien Hirst seem uninterested, celebrating when their work gets thrown away.” 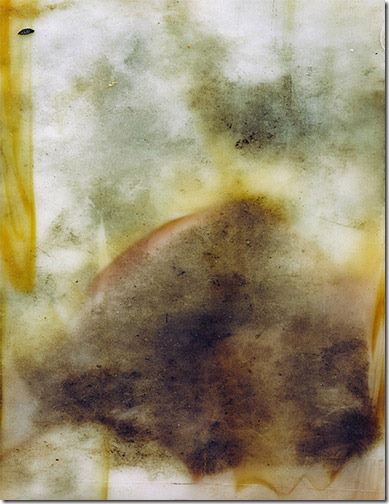 D’Agostino’s work has been exhibited at the Griffin Museum of Photography and The Silver Eye Center for Photography, and on the cover of GLASS Quarterly (link to PDF file with photographs).

His special edition monograph of ‘Empire of Glass’ with The Griffin Museum is limited to 25 copies, and has 72 pages with 32 color plates. You can read more about it on the Empire of Glass website.