This incredibly beautiful machine is one of the more recent additions to the already-formidable antique typewriter collection of Martin Howard. The appliance was manufactured in 1895 by the Ford Typewriter Company. 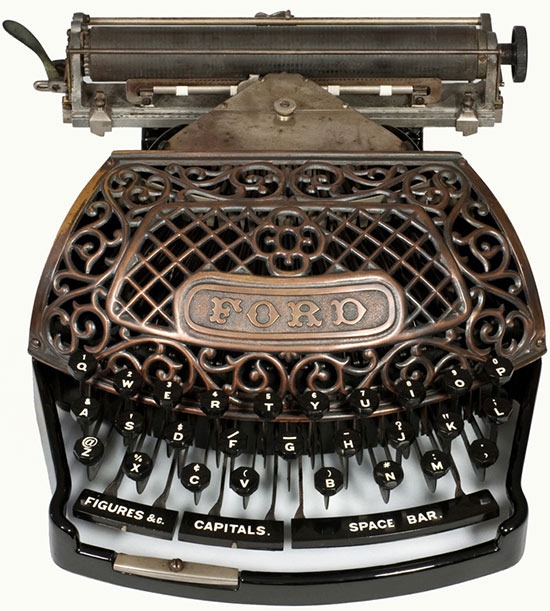 The Ford typewriter is a striking machine with its beautiful ornate grill and gracefully integrated keyboard. It was a machine to grace the eyes but would not have endeared itself to the typist, as the keys are rather springy and wobbly when typing and the platen surprisingly does not have a line-by-line clicking action. Also the shift keys for capitals and figures require a solid push to operate, not a good design for fast typing. However, what the Ford did have was visible writing, allowing one to see the typed words on the platen as soon as they were typed. It was not the first to do this but most contemporary typewriters were still blind writers, requiring one to lift the carriage to see the last few typed lines.

The Ford typewriter broke new ground in being the first typewriter to use the new metal ‘aluminum’ in its construction. The Ford was sold in two versions, one with an all aluminum frame and carriage and the other with a cast iron, black enameled, frame and aluminum carriage, as shown above. Both had a beautiful Japanned grill. 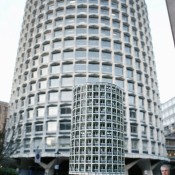 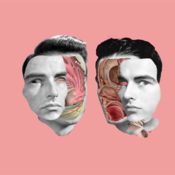 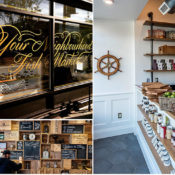 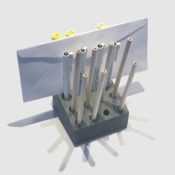