Way, way before Admiral Ackbar led the rebel assault on the Death Star (and came to the panicky realization that it was a trap setup by the Galactic Empire), he was a just a wee fingerling in the pet store. 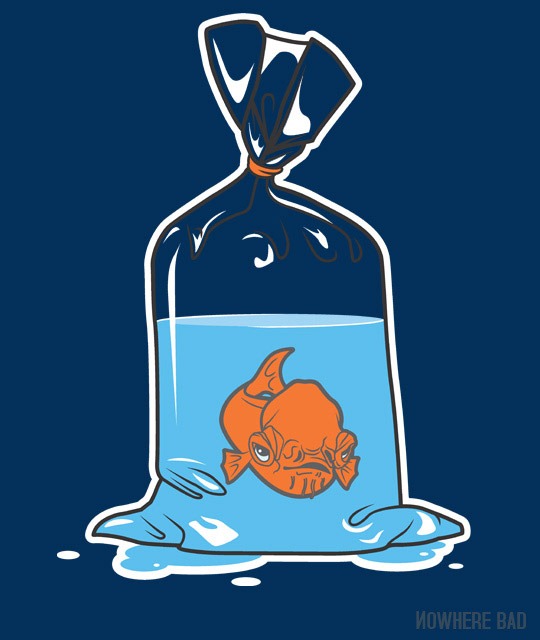 As the Rebellion was born, so too were it’s future leaders that would see it through to victory. This design commemorates one such leader (right after they brought him home from the pet store).

Future Admiral, by Brinkerhoff. Go grab the t-shirt before it’s sold out!