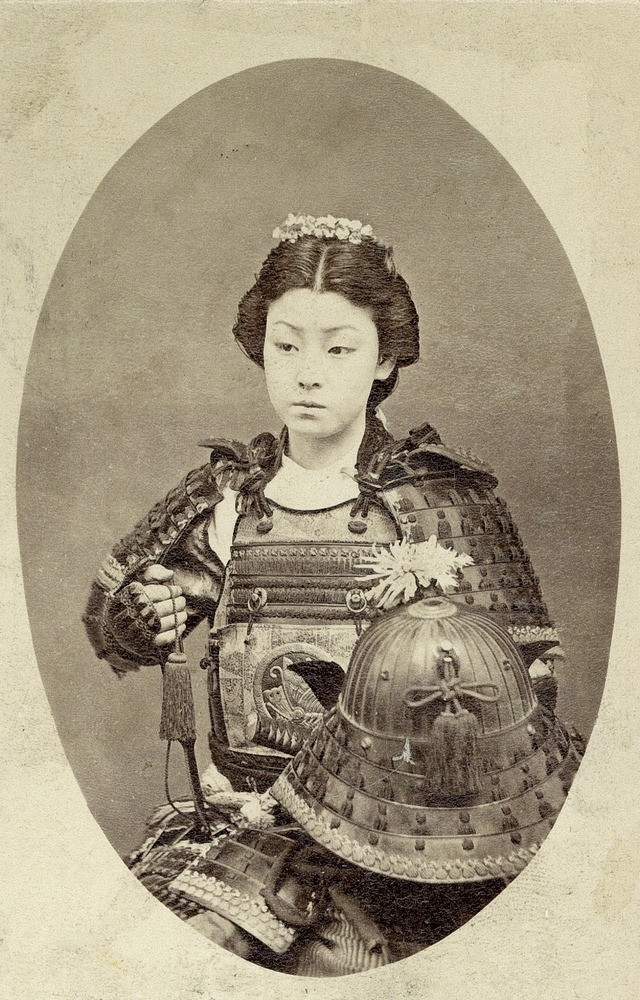 The Onna-bugeisha were a class of female warriors, who belonged to the Japanese upper class in feudal Japan. Though they were members of the bushi (samurai) class, calling them female samurai would be an oversimplification. The origins of these remarkable warriors were much, much older than those of the samurai. Well trained in the use of weapons, these women were often wives, widows and daughters who stepped on to the battlefield to protect their household, families and honor.