From an article in The New York Times on President Obama’s upcoming biography by David Remnick, the editor of The New Yorker. An earlier version of this post misquoted Mr.… 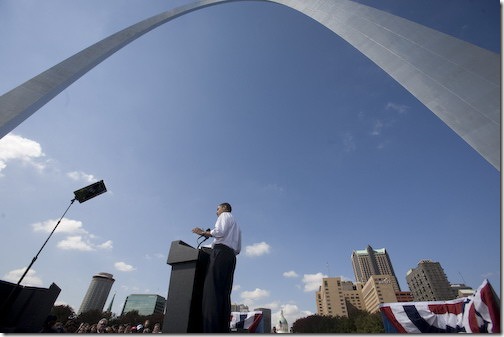 Image Credit: Barack Obama Thank you America ! You have made me proud. It’s still a long road ahead, but, when we have hope, we have everything.

Continue Reading America is The Winner

Calling all animators and cartoonists who want to make a statement about the 2008 US elections. MyToons.com, the world’s first online animation community to deliver HD animation,  has announced the…

Continue Reading Red, White, and Who? – Contest on MyToons.com 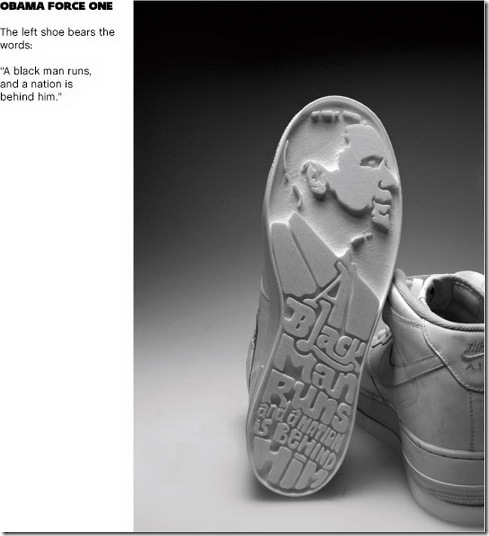 These Obama themed sneakers are the brainchild of Jim Lasser from the Weiden+Kennedy studio. Yes, I know. The image of the left shoe has been purposely mirrored to make the…

It took a long while coming, but it finally happened. Barack Obama is the Democratic Party’s nominee for president.

Whatever happens in the coming U.S. elections, Obama’s inspiring nomination victory speech from St. Paul, Minnesota, will not be soon forgotten by this generation.

A snip from his speech:

The journey will be difficult. The road will be long. I face this challenge with profound humility, and knowledge of my own limitations. But I also face it with limitless faith in the capacity of the American people. Because if we are willing to work for it, and fight for it, and believe in it, then I am absolutely certain that generations from now, we will be able to look back and tell our children that this was the moment when we began to provide care for the sick and good jobs to the jobless; this was the moment when the rise of the oceans began to slow and our planet began to heal; this was the moment when we ended a war and secured our nation and restored our image as the last, best hope on Earth. This was the moment – this was the time – when we came together to remake this great nation so that it may always reflect our very best selves, and our highest ideals.