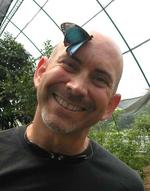 David Siegel on being the dude who supposedly ruined the Web