The second full trailer for the upcoming Monsters vs. Aliens movie is here, and it looks real shiny.

The animation looks almost as good as Pixar’s best. Almost. I do hope that Dreamworks gets it right with the 3D movie, this time around. I found Shrek the Third to be quite a tedious watch.

Watch the trailer after the jump.
END_OF_DOCUMENT_TOKEN_TO_BE_REPLACED 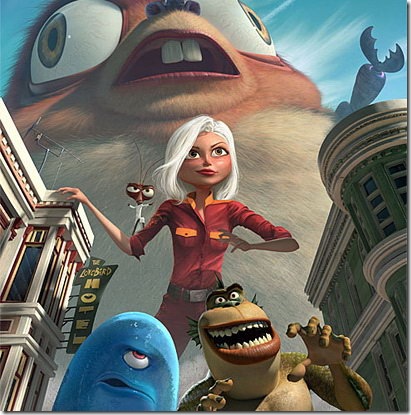