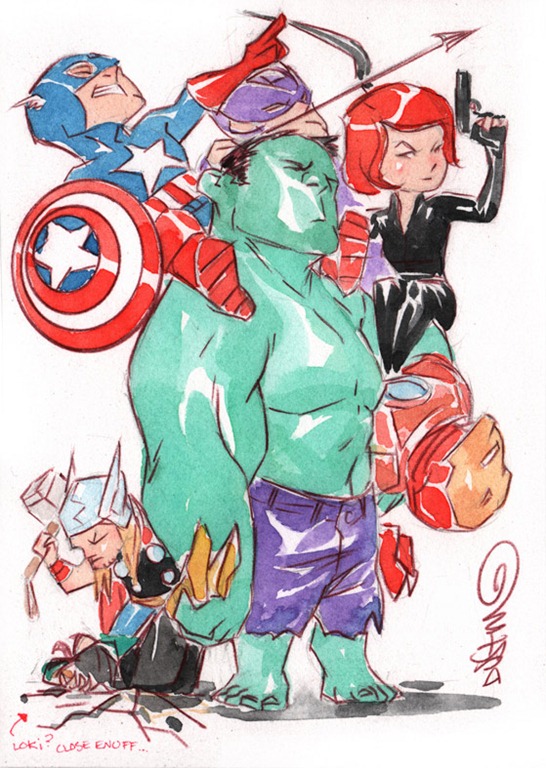 You were called in to do the grunt work, but you showed ‘em Hulk! The triumphant Avengers and a smashed Loki; an illustration by Dustin Nguyen, a comic book artist…

Awww, Hulk…you’re just are a big, classy softie on the inside! “Tea Time Hulk,” a digital illustration by DA user FUNKYMONKEY1945.

Trollface is becoming really popular. The cover of the upcoming Deadpool #38 comic book issue. [via Reddit]

Continue Reading A Band-Aid For The Incredible Hulk

The Bam Kapow blog has compiled a list of the Incredible Hulk's most amazing feats. Unless you’ve been living under a rock, you will already know that the Hulk is… 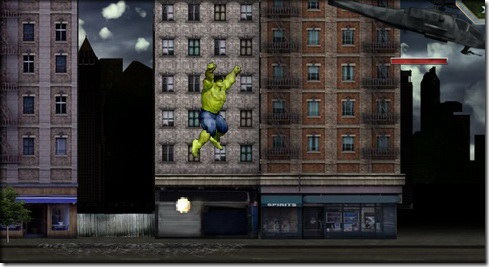 For those of who can barely wait to play the upcoming The Incredible Hulk game, here is an online, side-scrolling 2D game titled Hulk Smash 2.0 from the official movie…

Iron Man’s Adventure brings together three of Marvel‘s most popular superheroes together in a short animated film.

Spider-Man and Iron Man, who have teamed up to take on an army of destructive, gigantic robots, get some heavy duty assistance from another popular Marvel Comics superhero in this entertaining film.
END_OF_DOCUMENT_TOKEN_TO_BE_REPLACED

The latest trailer for the Incredible Hulk movie is here, but it does nothing for the movie. Some of the action scenes featuring the angry green machine look more like in-game cutscenes. I will still watch the movie for the Hulk‘s sake though, even it turns out to be a major turkey at the box office. END_OF_DOCUMENT_TOKEN_TO_BE_REPLACED

The upcoming Iron Man movie has started to look more interesting for me day by day. It's really funny, considering the fact that I am not a big fan of…

There has been a lot of speculation about the upcoming movie, much of it about the lack of any large scale publicity for a $150 million movie. After watching the trailer, I wasn’t very impressed by the look of the Hulk. Admittedly,  it’s not the mistake of the movie makers, as re-creating  a believable,  green-skinned Goliath  on screen is not a very easy task. Somehow, I found the cgi effects of the Transformers movie much more enjoyable. And I can’t help shake off the feeling, that Norton is just sleep-walking through the role.

Still, I would love it if Norton and Co. prove me wrong.