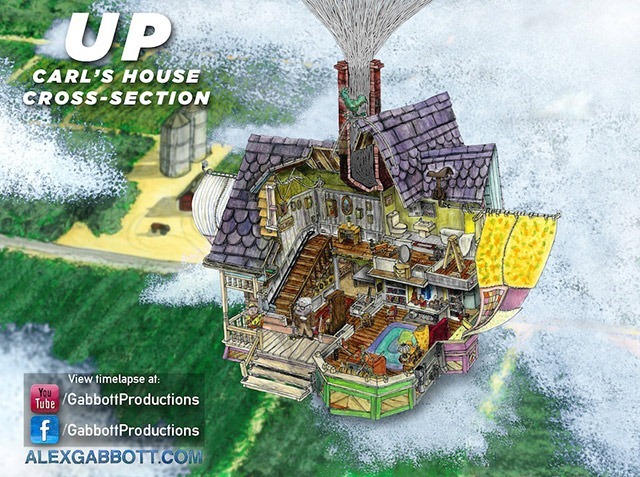 Aussie artist Alex Gabbott has been creating pop-culture-inspired cross-section illustrations for a while now. After doing cross sections of the house from Bob's Burgers, and the sentry turret from the…

Continue ReadingCross Section of the House from Pixar’s Up

Update: The video has been taken down on Vimeo (probably due to copyright issues). Video is up, again A 500+ scene, visual ode to the films of Pixar Animation Studios,…

From Sleeping Beauty to Tangled, Disney’s animated movies have been entertaining and touching moviegoers for decades. Here is a short video compilation of all full-length motion pictures made by Walt…

The first full length trailer of Pixar’s Up is finally, uh, up online. I wasn’t really impressed by the early teasers, but those Pixar magicians have once again managed to pique my interest.

END_OF_DOCUMENT_TOKEN_TO_BE_REPLACED

Presto is a short animated film from Pixar Studios, which will be shown before the screening of the WALL-E movie.

The amusing plot involves the battle of wits between Presto – an egoistic, star magician, and his poor rabbit Alec, who has not been fed by the magician one too many times.

Pixar has now released a sneak peek of the short film for our viewing pleasure.

Watch it after the jump.
END_OF_DOCUMENT_TOKEN_TO_BE_REPLACED

Watch a preview clip from Wall-E, the much-anticipated animated film from the brilliant folks at Pixar.