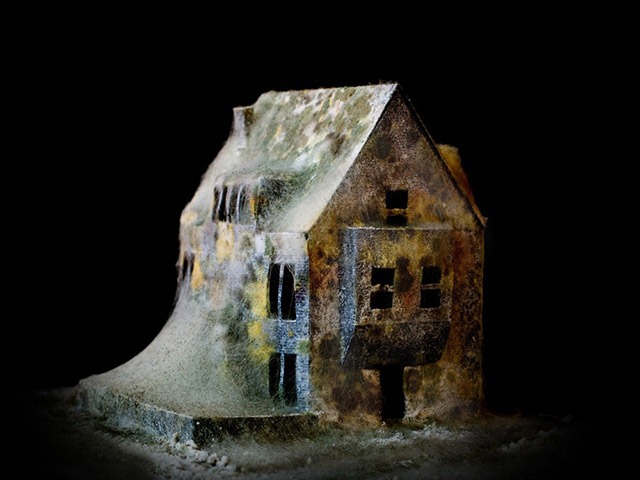 Italian artist Daniel Del Nero created this eerily beautiful series of  architectural scale models, that he constructed with black paper, and covered with flour and a layer of mold. The effect is that of peering into the distant future, long after the extinction of humanity itself.

His states that his models are “about the sense of time and destiny of the planet after the human species, through the sense of restlessness which abandoned buildings are able to communicate.”

More pics after the break.