Watch a risqué commercial featuring the art of German cartoonist Jost Kelle. The advert was created to promote the ‘Parental Control’ feature of a adult TV channel in Germany.

The video is slightly NSFW, especially if you are really prudish or have kids around.

END_OF_DOCUMENT_TOKEN_TO_BE_REPLACED

Sigur Rós, a band from Iceland, has just released a spectacular music video for ‘Gobbledigook’, the first song from its upcoming album.

The band, being inspired by the earlier works of photographer Ryan McGinley (NSFW link), collaborated with him to create the music video.

Disclaimer: The video is absolutely not safe for work, as it features a lot of nãked people in it.
END_OF_DOCUMENT_TOKEN_TO_BE_REPLACED

This is a weird and convoluted commercial from Britain. Apparently, getting some hot tongue action on a first date is easy, especially if you have a bag of Doritos lying…

Continue Reading Sèx in The Future 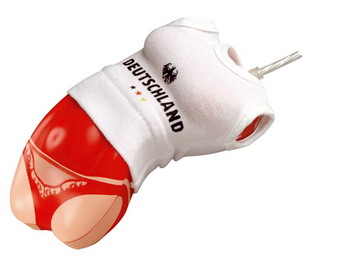