These were the early prototype logos that were proposed for Sony’s Playstation brand. In hindsight, Sony took the right decision in selecting the logo (the one on the right) for…

Continue ReadingWhat the PlayStation Logo Could Have Been

Electronics major Sony have been making some extremely creative ads for their Bravia range of HD televisions, and this particular one is no different.

The colorful TV commercial was shot in India, a land known for its incredible and diverse cultures. Viewers are taken on a journey across the deserts of Rajasthan to the Taj Mahal in Agra.

END_OF_DOCUMENT_TOKEN_TO_BE_REPLACED

Enthused by the reception to their previous viral commercials, Sony is back with yet another great commercial titled ‘Foam City’, which was shot to promote its latest line of video and photography equipment products.

The ad was shot in downtown Miami, and involved flooding the streets with 460 million liters of foam pumped by the world’s largest foam machine,  specially built for the purpose. 200 local residents then shot the event with a completely new digital SLR camera – α (pronounced alpha), and other Sony products.

The ad was produced by Fallon London ad agency using 16 hours of footage.

END_OF_DOCUMENT_TOKEN_TO_BE_REPLACED 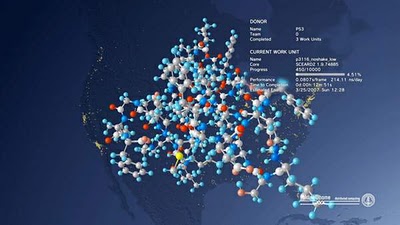 How the PlayStation 3 can save lives one day

Continue ReadingHow the PlayStation 3 can save lives one day